haven't been in Second Life for 7 years. Doing some cleanup of my blog.

and i remember my Second Life days. lived in it from 2007 to 2011. Lots of lonely n sad people, with pretty n rich second lives. And i don't suppose things have changed, except more pretty avatars.

Zelda, Breath of the Wild, Inscriptions

Nier Automata, On the Sex of Humanoid Fighter Bots

for Second Life or general gaming, the best keyboard is 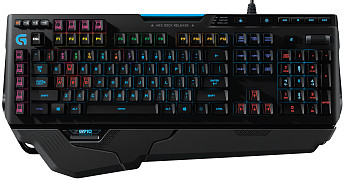 mechanical keys, and QUIET! and programable function keys, extremely easy to use software. Builtin memory, not requiring the “CLOUD” (internet) for your profiles.

The best mouse for Second Life is:

What is Mouse DPI? Does Mouse DPI Matter in Gaming?

now my products are back online. Xah Productions

Technology for Knowledge in Past Decades

Second Life: How to Give Out Things Full Perm But Not Script.

Google+ Which Circle to Put Your Friends In; Google Plus Real Name Account Debate

Second Life: How to Stop Showing as Cloud

A new version of lsl mode is out. This version, v1.6.0, added function completion and snippets for 18 new Linden Lab functions. Get it today, at Emacs LSL Mode.

New version of Blender v2.5 just released. The major news is that it finally got traditional user interface.

from a new friend's store:

His home page is: http://www.neurolab-inc.com/

Want to buy lindens? I sell them. You get better rate than Linden Labs. See: Buy Lindens Special Offer.

i'm giving a special for my Xah Particle Maker. For 1k linden each. Just IM me in sl (sl name: Xah Toll). Offer last till end of this week (ends in Sunday Feb 27 midnight).

Thanks to Ina Centaur.

Linden Labs raised the group limit to 42 now. That means, you can join a max of 42 groups, instead of the old 25.

Here's how to change Phoenix to support that.

Thanks to Arie Kluit for donation for Emacs LSL Mode.

Get it now at Emacs LSL Mode.

Thanks to Michael Aldred for donation for Emacs LSL Mode.

Plants vs Zombie; Thoughts on Strategy and Game Formulation

What is Mouse DPI? Does Mouse DPI Matter in Gaming? (random thoughts)

2 months ago, i found a fantastic mouse. But reading amazon reviews today, it seems to have its problems. For video review and detail, see: Mad Catz RAT 5 Gaming Mouse

By the way, if you don't know already, WoW is known as the most addictive game in existence. Here's some quotes from Wikipedia:

World of Warcraft, often referred to as WoW, is a massively multiplayer online role-playing game (MMORPG) by Blizzard Entertainment. It is the fourth released game set in the fantasy Warcraft universe, which was first introduced by Warcraft: Orcs and Humans in 1994…

On the net, there are quite a few articles, groups, about addiction problems with WoW. Here is a YouTube video.

I remember reading online that there are cases of death in China and Korea. Where, it is reported that the gamer just played non-stop, then dropped dead. There are also news about suicide. The suicide cases are not surprising and likely happen now and then, but am not sure about playing to death by exhaustion.

Emerald Viewer Banned by Linden Labs; What Viewer to Use?.

Want to buy furry avatars? One of the best place is: http://slurl.com/secondlife/Rocket%20City/195/223/22 Go there, enter the building, then tp to the shop in sky.

The emerald guys are announcing AjaxLife, a web browser based, text-only, Second Life viewer. So, if you are on a lousy computer with no graphics card and just want to login to chat with your friends or get your IMs, then AjaxLife is your solution. I tried it. It works. Pretty neat.

A lil' new tip. Want to make your av invisible? You can!

Using Emerald, all you have to do is ground sit (Ctrl+Alt+s) while you are in mid-air.

A lil tip. Are you annoyed by the overly glaring glow in sl? You can reduce it. Go to menu [Advanced ▸ Debug Settings…] Ctrl+Alt+Shift+s, then choose renderglowiterations, put a value like 1. (default is 2) That will reduce the glow rendering.

Also, A new sl combat tip i learned today. You know, whenever you land from a high jump, you splat into the ground, with about 1 second being immobile? I always wondered if that can be turned off. Yes you can, with Emerald.

When you set that, you don't have the landing delay, nor the delay when starting jump.

Thinking about it, i actually haven't played ANY massive online games except Second Life. In fact, the last game i remember played on PC is American McGee's Alice, and that is in around 2000.

(am 42, and in my teens and 20s and 30s, i surely have played lots of video games. Basically, my gaming behavior is like addiction. When i got into a game, i'd play it for weeks EVERY MINUTE WHEN I'M AWAKE, even skipping food, rush to bathroom, or went sleep deprivation, till i mastered it thoroughly. Then, usually guilt overcame me for playing video game so much, and i'd swear never to play game again. I'd not play another video game for half a year or a year, or longer especially when i get older.)

Though, in the past 3 years while spend several hours in Second Life almost daily, i learned tremendously about the online gaming community today. (note that massive multi-player online games is only a phenomenon say after 2005, because before the internet, net speed, and technology, simply isn't there) Today, i learned about [ Steampowered.com ] [ https://en.wikipedia.org/wiki/Steampowered.com ]. Here's a Wikipedia quote:

Steam is a digital distribution, digital rights management, multiplayer and communications platform developed by Valve Corporation. It is used to distribute a large number of games and related media entirely over the internet, from small independent efforts to larger, more popular games. Steam is set apart from similar services primarily by its community features, completely automated game update process, and its use of in-game functionality.

There are over 1,100 games available through Steam,[3] and in January 2010 Valve announced that it had surpassed 25 million active user accounts.[4] It regularly services in excess of two million concurrent users.[5] Although Valve never releases sales figures, Steam is considered by its competitors and clients to be the market leader, controlling an estimated 70% of the digital distribution market.[6]

Linden Labs has created a new policy about third party viewers. Basically, viewers that does not respect their Term Of Service policy or does export items without respecting the permission system will no longer be able to login to Linden Labs's server. This policy is enforced starting on 2010-05-01. For detail, see: secondlife.com Policy on Third-Party Viewers.

They also have a page listing approved viewers at http://viewerdirectory.secondlife.com/. Currently there are 7 third-party ones. Some of these viewers have interesting features. For example, a text based viewer, viewer for cellphone (iPod, iPhone, Android), viewer for film makers and photographers (basically high-end rendering).

Note that Emerald viewer is compliant. I highly recommend the Emerald Viewer for power players.

Hot from the press, the Emerald guys has discosed a document of rogue viewers that they know of. Rogue Viewers are those violate LL policies, such as those can bypass permission system, free upload, IP address spoof (so bans have no effect on them), …, and in some cases, send out your login name and password. The list is here: http://onyx.modularsystems.sl/viewer_reference.html.

To transfer money between SL and Xstreet, just login to Xstreet on the web. Then, you'll see the links in the “My Marketplace” box. You can also buy lindens on Xstreet too, of course.

Consolidated my blog entries on LSL into one page: Misc LSL Tips.

Just discovered that Linden Labs has a rating of F (on a scale of A to F) at [ Better Business Bureau ] [ https://en.wikipedia.org/wiki/Better_Business_Bureau ]. See: http://www.bbb.org/greater-san-francisco/business-reviews/video-games-wholesale-and-manufacturers/linden-lab-in-san-francisco-ca-57373

In this year, often i found many sl news's original source is from this MMORG news site: http://www.massively.com/. Today again, so i take a look.

More detail of this lawsuit, including link to court document, are reported here http://www.massively.com/2009/05/06/richard-garriott-blasts-ncsoft-with-24-million-lawsuit/

asides from the business aspects, here's a vid of the game play, their final day:

I'm reading Massively's top 5 stories of 2009. The closing down of Tabula Rasa was #5. Another interesting story i learned, is [ The Matrix Online ] [ https://en.wikipedia.org/wiki/The_Matrix_Online ], also closing down. Here's a vid of game play:

seems boring to me.

while reading gmail today, the side bar prompted these google ads:

Except there.com, all these are new to me. Quite amazing how diverse and majorish business for sl are growing. Remember slx? which is bought by Linden Lab for gazillions.

While searching for how much Linden paid for slx, i ran into this blog. http://gwynethllewelyn.net/2009/01/21/linden-lab-buys-xstreetsl-and-onrez-%E2%80%94-why/ by Gwyneth Llewelyn. She seems to be a pro gamer, with some insider knowledge.

See also: [ Massively multiplayer online role-playing game ] [ https://en.wikipedia.org/wiki/Massively_multiplayer_online_role-playing_game ] (aka MMORG). MMORG is pretty much the future of web. (be sure to read the Psychology section of the article in Wikipedia.)

Also note, MMORG game are in my opinion the most advanced and complex software system today. Quote from Wikipedia article, Development section:

am wondering, among all the MMORG, which has the most user, and what are their numbers.

[ World of Warcraft ] [ https://en.wikipedia.org/wiki/World_of_Warcraft ] (WOW) has 11.5 mega monthly subscriptions as of 2008-12, and holds Guinness World Record for that. WOW holds 62% of MMORG subscription market. (info from Wikipedia)

Second Life has 16 mega accounts as of 2009-10. Of course, huge part of it is alts and people who tried and never used again. No reliable data about actual active users. Though, at any time there are about 40k to 60k people online. Total number of active users is probably just a few times of that.

Some online Second Life friends are also getting into [ Eve online ] [ https://en.wikipedia.org/wiki/Eve_online ] (EVE), which is science fiction theme, with space crafts. Much of my thing. Not much into medieval and sorcery theme as in WOW.

But besides playing, major part of my interest is looking into the business prospects, and the 3D technology and communication technology and social impact thing, i.e. virtual world.

Imagine, if one can teleport from Second Life to EVE, or WOW, or EverQuest, or from any of the MMORG to another. This is similar to different telephone phone networks merging (1900s), IM chats networking merging (2000s), or as recent cell phone networks merging. It is just a matter of time, say 5 years, 10 years.

According to EVE official site http://www.eveonline.com/news.asp, EVE has a record of 51k concurrent users, as of 2009-02

EVE got many very cool vids. See them at: youtube.com EVE online.

Just reading a linden blog about their update on their map technology. Improvements to mapping and upgrade to SLurl.com (2009-01-22) By Philip Linden. https://blogs.secondlife.com/community/features/blog/2009/01/23/improvements-to-mapping-and-upgrade-to-slurlcom

A look at mouse technology today: Review of Gaming Mouses.

Second Life web based shop the XStreetSL, will start to charge merchants for listing of freebies, within a few months. https://blogs.secondlife.com/community/commerce/blog/2009/11/18/roadmap--managing-freebies-on-xstreet-sl Be sure to read the FAQ link on that page. This is a great move. One of the fact we learn from the article is that: “Currently, less than 20% of Xstreet SL listings make at least one sale per month.”.

Here's a summary of the change:

Learned today that the Linden Scripting Language was designed by Cory Ondrejka . Sources: Cory Ondrejka's departure in his own words (2007-12-11), by Tateru Nino. http://www.massively.com/2007/12/11/was-cory-linden-fired-or-did-he-quit/.

Cory Ondrejka has his blog at http://ondrejka.net/.